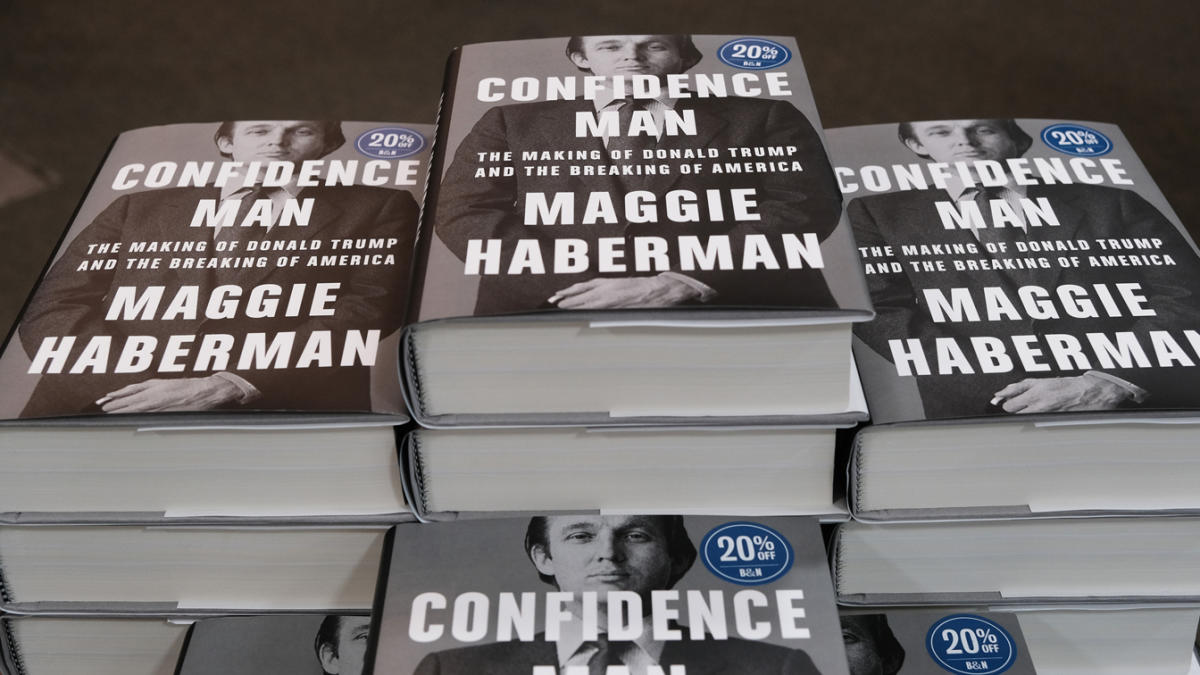 No book about Donald Trump has arrived with as much anticipation as “Confidence Man: The Making of Donald Trump and the Breaking of America” by Maggie Haberman of the New York Times. A native New Yorker like Trump, she chronicled his four years in Washington with a diligence that made her the envy of many journalists and the bane of the Trump administration, despite the fact that plenty of its top officials appeared to be faithful sources.

Published earlier this week, Haberman’s new book is similarly laden with details that suggest unrivaled access to the former president, who sometimes makes shows of impugning her journalism before sitting down with her on the record yet again. Trump himself referred to Haberman, in one of their three interviews for the book, as “my psychiatrist.”

Predictably displeased with how “Confidence Man” portrayed him, Trump subsequently trashed Haberman as a “bad writer with very bad sources!”

Below, a few of the more newsworthy accounts from “Confidence Man.”

Before the third debate between Trump and Democratic presidential nominee Hillary Clinton, Sen. Dianne Feinstein’s late husband “said he had been told that Russians might try to poison Clinton through a handshake with Trump, to inflict a dramatic episode during the debate.”

Ron Klain, the current White House chief of staff and a longtime Democratic insider who was working with the Clinton campaign at the time, “questioned whether Trump could poison Clinton but not himself,” according to Haberman.

A top aide to Clinton, Jennifer Palmieri, quickly confirmed that no such plan existed, but the mere suggestion was a hint of just how thoroughly the political establishment was rattled by Trump’s unconventional candidacy.

In the early days of his presidency, Trump proudly showed off what Haberman describes as a “secret bathroom” in the White House intended for the president’s private use. Trump reportedly boasted to one guest of having had the bathroom remodeled after Barack Obama left office. “The statement was strange and vague and open to interpretation as to why he emphasized the changes,” Haberman writes, “but the guest interpreted it to mean Trump did not want to use the same bathroom as his Black predecessor.”

Haberman adds that Trump’s “claim of a full remodeling happened to be untrue, officials said at the time: only the toilet seat was replaced, which was customary during a change in officeholder.”

With no experience in Washington, Trump apparently had little understanding of how difficult it would be to fulfill his campaign promise to build a wall on the border with Mexico. At one point, he asked New York developer Richard LeFrak to do the job. “‘Would you do it?’ Trump proposed to LeFrak, who made clear that he was not a government contractor,” Haberman writes.

New York financiers and real estate developers would always enjoy access to Trump during his time in Washington. Financier Tom Barrack, a major Trump supporter and 2016 convention speaker (now on trial for illegal lobbying) “became the equivalent of a life coach for some of the cabinet members encountering Trump for the first time and trying to understand him.”

Much later, after the 2020 election, Barrack would plead with Trump to give up the false claim that he had beaten Joe Biden for the presidency. Trump told him to “get out of my office.”

The bluntness of William Barr

One of the few top administration officials willing to directly confront Trump was Attorney General William Barr, who had previously worked in the same role for George H.W. Bush.

In the spring of 2020, Barr warned Trump that his act was wearing thin. Americans who had given him a chance in 2016, Barr presciently warned, would see little reason to do so again when he faced reelection in November.

Americans were developing a negative view of their president, one that would be difficult to break ahead of the presidential election.

“People are tired of the f***ing drama,” Barr told Trump, who would ultimately reject his counsel.

Later, Barr was also an outspoken critic of Trump’s false claims that the 2020 election had been “stolen” from him. “You’ve wasted five weeks on this bullshit about the machines,” Barr told Trump in reference to a conspiracy theory regarding electronic voting machines. “There’s nothing wrong with the machines.”

Trump has publicly bristled at Barr’s criticism, denouncing his own former attorney general as a “weak and pathetic” pretend Republican.

‘This guy was a crook’

As protests over racial injustice shook the country, Trump stoked white grievance and outrage. After speaking to the brother of slain Minneapolis man George Floyd, Trump nevertheless “resisted any statement he thought would glorify George Floyd, who press reports disclosed had a criminal record. ‘I don’t want to praise him as a good guy,’ he said. ‘This guy was a crook,’” according to Haberman.

The president’s son-in-law and close adviser Jared Kushner “floated having Kanye West lead a hearing church service on the South Lawn” in the summer of 2020, Haberman writes. West had met with Trump in the Oval Office in 2018.

The idea was scotched at the advice of White House chief of staff Mark Meadows.

Haberman reports that Trump decided against a national face mask mandate during the height of the coronavirus pandemic because Meadows argued that Trump’s conservative supporters “would revolt” against such an order.

Trump rarely wore a mask himself and berated West Wing staffers who followed what was at the time a prevailing public health guidance. “Get that f***ing thing off,” he told one masked meeting attendee.

In October, the president would contract COVID-19 and develop severe symptoms, requiring treatment at Walter Reed National Military Medical Center. As he recovered and prepared to return to the White House, Haberman writes, he considered wearing a cape or a Superman T-shirt. In the end, he would do neither.

The influence of Stephen Miller

A former staffer for then-Sen. Jeff Sessions (the first U.S. senator to endorse Trump, in 2016) and an ally of Stephen Bannon, Miller became an influential adviser to Trump, irritating other senior figures in the administration, who found him arrogant and inexperienced. Trump would ultimately fire Sessions, whom he hired as his first attorney general, for recusing himself from special counsel Robert Mueller’s probe into Russian electoral interference, but Miller’s influence would remain long after his former boss was gone.

During the presidential transition, Haberman writes, Miller was “a proponent of a legal theory by which Trump could declare members of drug cartels ‘unlawful combatants’” against whom U.S. military force could be used.

That idea went nowhere, but when protests broke out after the killing of George Floyd in 2020, Miller again pressed for using the military, infuriating Pentagon chief Mark Esper and Joint Chiefs of Staff Chairman Mark Milley and leading to a blunt rebuttal from Barr: “You don’t know what the f*** you’re talking about.”

Milley would regret, Haberman writes, not telling Miller to “shut the f*** up.”

On June 1, 2020, the National Guard used tear gas to clear protesters from Lafayette Park, across from the White House, allowing Trump to walk with top administration officials to St. John’s Episcopal Church, which adjoins the park. There, the president posed awkwardly with a Bible.

In conversation with Haberman, Trump suggested that the idea for the infamous procession was Milley’s, only to partly walk the assertion back.

“Well, let me say that it was at least equal,” Trump told Haberman. “Because he was with me. We had a ceremony for something. He was there and it was suggested that we walk down. He said, ‘That’s a good idea.’ And we walked down. It was no big deal. Nobody ever thought of it.”

Although Milley did acquiesce to the scene at St John’s, he later expressed regret for having done so. The disavowal made him a persona non grata for Trump and his supporters, who tended to fawn over the military without fully or properly grasping the role of the armed forces in American society.

In one of his interviews with Haberman, Trump called the Princeton-educated four-star general “basically stupid.”

No fan of Ron DeSantis

Trump helped boost then-Congressman Ron DeSantis into the Florida governor’s mansion in 2018. But now that Ron DeSantis is being hailed in some circles as the future of the Republican Party, Trump is having regrets — especially since the two men could be competitors for the Republican presidential nomination in 2024.

Trump told Haberman that DeSantis was “fat,” “phony” and “whiny.” In a television interview earlier this week, Haberman said that there “is no potential candidate in the Republican field who Trump has talked about more to his aides than Ron DeSantis.”